Dolly Parton’s Imagination Library is a book gifting program that mails free, high-quality books to children from birth to age five, no matter their family’s income.

After launching in 1995, the program grew quickly. First books were only distributed to children living in Sevier County, Tennessee where Dolly grew up. It became such a success that in 2000 a national replication effort was underway. By 2003, Dolly Parton’s Imagination Library had mailed one million books. It would prove to be the first of many millions of books sent to children around the world.

On the Parent Resources’ page there are read-a-long videos, coloring pages and activity pages for highlighted books. 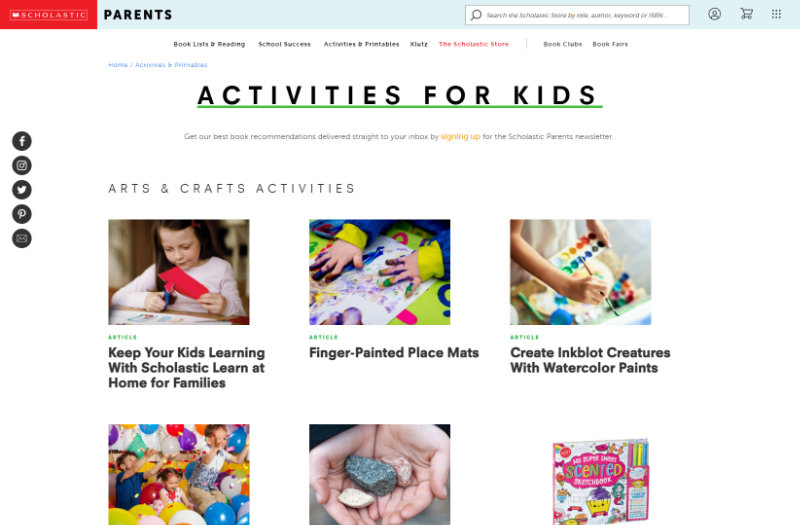 Scholastic is the world’s largest publisher and distributor of children’s books, connecting educators and families through accessibility, engagement, and expertise. They are a leading provider of literacy curriculum, professional services, and classroom magazines, and a producer of educational and popular children’s media. Scholastic is currently in 115,000 schools, reaching 3.8 million educators, 54 million students, and 78 million parents/caregivers domestically.

Scholastic is committed to conducting their business in a responsible and meaningful way. They continually work to ensure that they operate in a way that is beneficial to all of their stakeholders—teachers, parents, and schools, their employees, their local communities, and their customers—who contribute to and inform their corporate social responsibility focus.

{
We love bringing the joy of reading to kids throughout the nation!

– Will and Phoebe Ezell

Thank You From the Bottom of Our Heart to All!

Sponsorship for Bess the Book Bus!